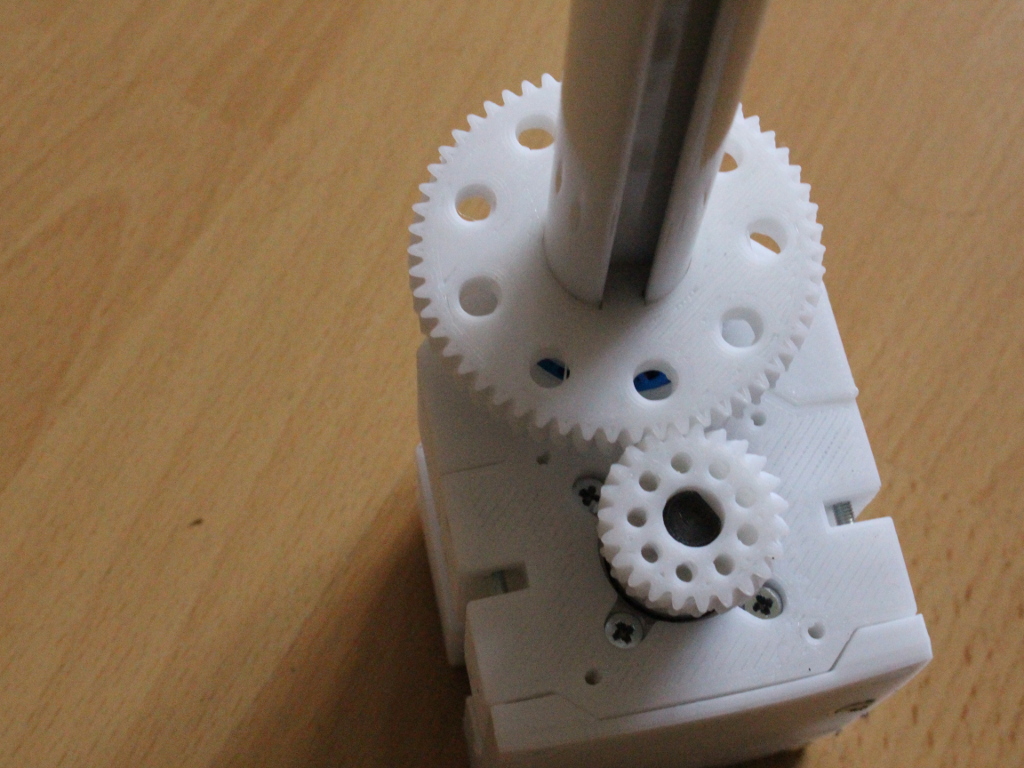 Thomas Sanladerer  showed us something about the roots of reprap here . Adrian Bowyer created a community around the first prototypes of 3d printers.
Without this community all these nice little and big things you can read here would have been impossible. My 3d printer built from scratch (codename: The Dragon) is a project I started a few months ago.
I see it more in the category „little thing“. But nevertheless Adrian Bowyer tells us in his video that it is nearly impossible to make a big business from building 3d printer hardware.
So why should we do it at all, if chinese manufacturers can produce everything for a much lower price than we ever will be able to?
My personal motivation is building a thing (printer) that has a new concept. On first glance it seems to be nothing new, more a toy for kindergarden kids. The value of this printer is not the printer itself, it is its modular design.

Most of the 3d printer designs have a concept that makes it complicated to build a tiny, normal sizd or big format printer. In the industry they often work with concepts that have a modular and scalable design.
So I asked myself: Why shouldn’t I do it like the big players and bring this concept to the desktop.
Developing a linear motion system that is extremly low cost seems to be in the spirit of the reprap founders and so I decided to go to a local hardware store and buy everthing for the new printer there instead of buying everthing in china.
The only parts that are used from china are: Wheels, motors and electronics.

The rods are simple curtain rods with a special profile to get a rigid axis for the z-axis.

The z-axis itself is driven by 2 geared Nema17 stepper motors and 4 bikechains (also from my local hardware store. The extruders are 3d printed from the best 3d printer concept I found so far: Quadrap printers. It is a so called saintflint extruder that even pulls the filament from my spool lying on the floor.

To be able to make all things scalable without much effort, I used Openscad software and programmed everything manually to get a design, that allows you to adapt e.g the size of the sliders by just changing one single parameter: The size of the rod.
The rest is done automagically by openscad. Zhat make it easy for me to build sliders for all squared rods, whatever size they may have.

The z.axis is like the base of a house: It has to be rigid and precise, otherwise the rest will never work. So I started building the z-axis as a standalone module.
You can simply ad any x/y kinematic on top of it or even build your (better) designed z-tower or whatever you like without changing the whole system.