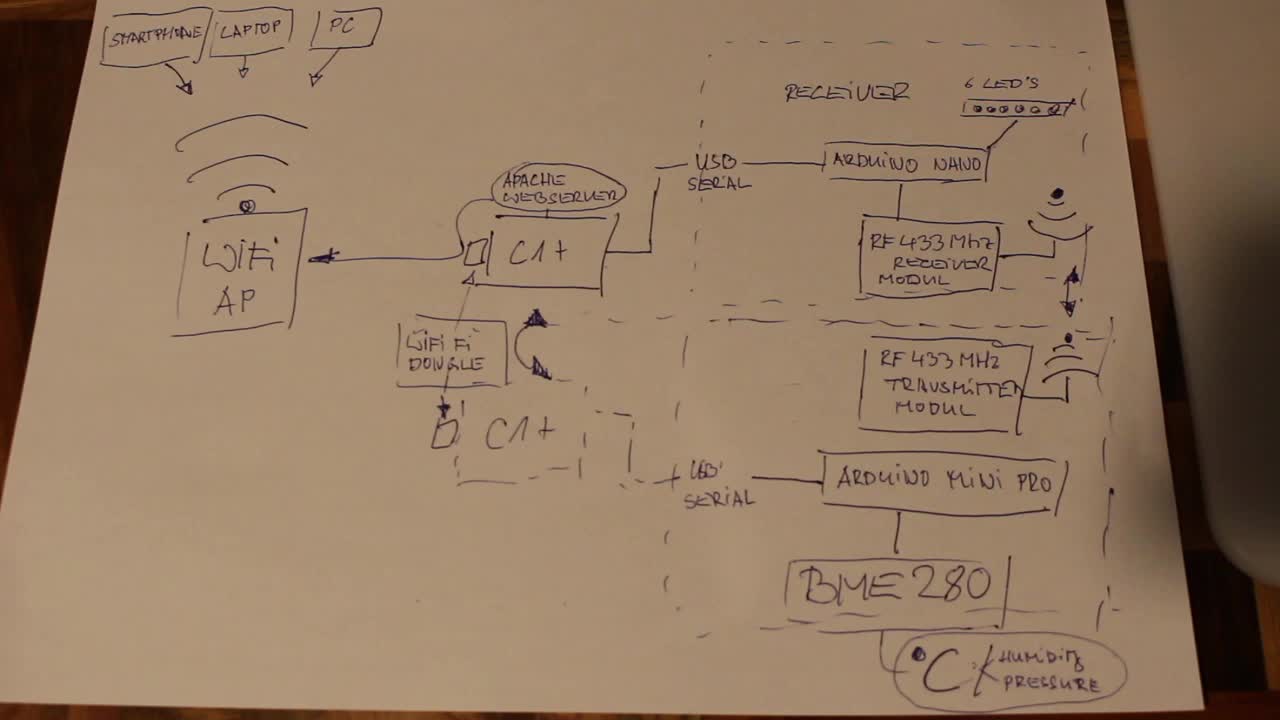 my little weather station has made it to  IOT.

The Apache webserver has a little PHP-script running that grabs the data over usb serial from the Arduino Mini Pro. A nice webinterface shows you the live temperature data and all the other values generated by the BME280. If the temperature is too hot, the 2 first neopixels turn red. If temperature is o.k. they turn green. If it is below 0 degrees it turns blue.

The Odroid-C1+ can be connected

All data can be received by opening a URL in a browser. So you can use a mobile phone, pc or tablet or just another Odroid-C!+. Even using a virtual machine is possible, of course.

In all three cases the data will be served to the internet by the Apache webserver. In this case I only use localhost (and my home AP) to serve the data to all rooms in my house.

Both receiver and transmitter are battery driven.  The max  distance between the transmitter/receiver is roiund about 5 meters indoors through a single wall. So you can measure outdoor values, too. More testing will be done.